It's raining in San Francisco right now, and the streets are thronging with out-of-towners, here for Hallowe'en parties.  In this unbikeable situation, I long for an open road of clean, dry tarmac, dressed up with a variety of trees and greenery, perhaps a canal or lake to provide a view, and not a car within miles.

Here are some photos of appealing cycling roads that I gleaned from Flickr (sources are listed below each one).  Like all pictures on this blog, they're clickable for embiggening. 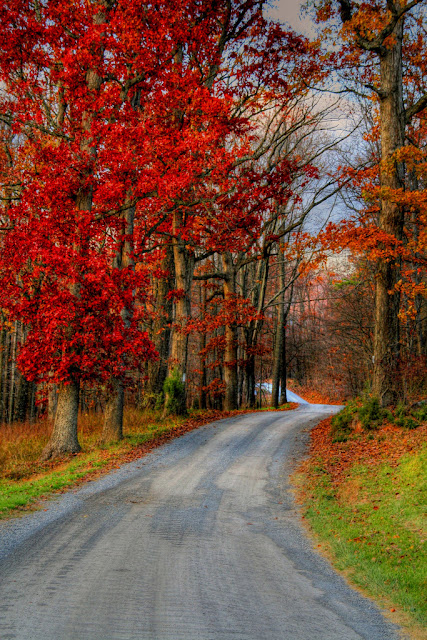 If these Hercules advertisements from the 1920s and '30s don't make you fall in love with cycling all over again, then sir: your heart is dead. 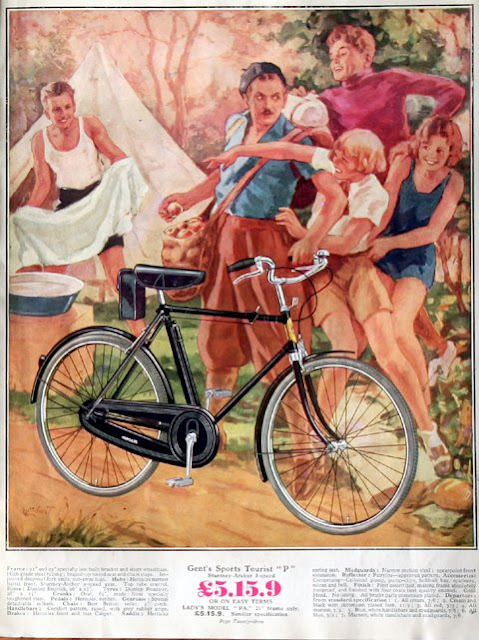 I've been riding vintage bicycles (for these purposes, I mean "cycles predating 1970, or more than 30 years old -- whichever is greater") for about 25 years now.  Most of them have been middleweight 3-speeds, and include a Raleigh, a couple of Schwinn "Racers" (which are anything but), and a Gazelle "stadsfiets".  Each had their strengths, and each served admirably, especially given the fact that most have been free, or at least very cheap.

About three years ago, my old Vespa scooter was laid up with gearing troubles, and I thought I'd pick up another middleweight 3-speed to use for short trips while I repaired the Vespa.  I posted a "wanted" ad on Craigslist listing my parameters and budget ("no more than $75") and was surprised to get a response from a fellow who lived less than a block away from me.  And although we had never met, it transpired that we had worked at the same company, albeit not at the same time.  The cycle he was offering was a 1969 Triumph.  It's price: $75. 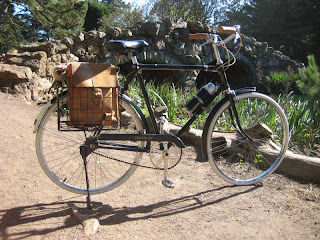 The The Dandy Horse, Or how a German Baron and a Volcano Invented the Bicycle

The bicycle has become so ubiquitous that it's difficult to imagine a time before it provided cheap, efficient transport for the masses. But the early history of the bicycle tells a very different story, and one known to few riders today. This is the story of the "dandy horse". 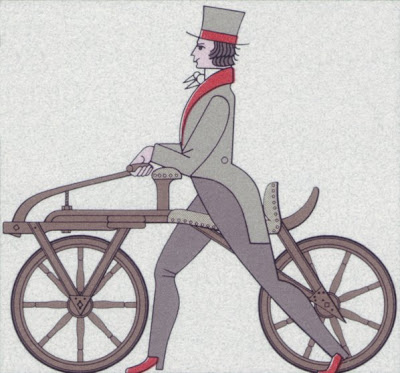 This may well be remembered as the Tweed Run that Almost Wasn't.


San Francisco's weather patterns are generally very predictable. In the 25 years or so that I've lived here, I've only seen it rain in autumn before Hallowe'en once. Make that twice now. Our Indian Summer arrived a few weeks ago, pretty close to schedule, but when we awoke this morning, clouds extended to the horizon. We kept reloading the WeatherUnderground radar loop, watching in chagrin as an immense train of yellow storms advanced upon the West Coast. By breakfast time, it was drizzling on Nob Hill. By 1:30, as we left the house, it was raining. Appropriately tweed-y weather, but still! As San Franciscans, we're contractually obliged to complain about the weather if the temperature exceeds 80 or dips below 50, and unseasonal rain elicits handwringing and moaning, if not raised fists and maledictions.

And so, we walked our bicycles down the sidewalk towards Union Square, feeling the appropriate level of woe. Then, as we got onto Market Street at 5th, the storm seemed to lose its nerve. We pedaled down the bike lane towards the Embarcadero, feeling ever emboldened by the waning mist (and the light traffic). By the time we got to Justin Herman Plaza at the 2pm meeting time, there was already a group of 20 or so cyclists already there. We had a little while to meet new faces and admire machinery as stragglers filtered in. By the time we left on the ride proper, we were about 50. 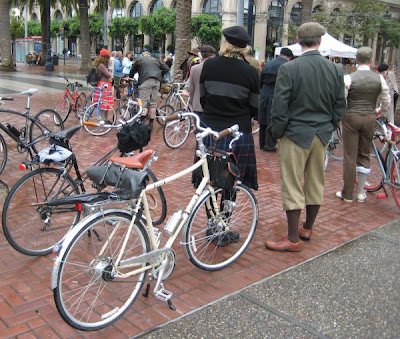 Read more »
Posted by the clicker at 1:20 AM No comments:

After reading more bicycle blogs than I can remember, and after riding bicycles for more years than I'd care to admit, I think it's finally time for me to put some content back into the farrago of the internet. The focus of this blog will be -- as its title suggests -- what I might consider to be "proper" gentlemen's bicycles. (Each of those three words is quite loaded, wouldn't you say?) That means, among other things, one won't find any glow-in-the-dark 36-speed, nanofiber-framed bicycles here. But the sorts of things that one might find here will, I hope, prove to be interesting and singular.

A couple of explanations may be in order. Why the gender-specificity of the blog? It is because many of my favorite blogs are written by women and predominantly read by women, and their focus on the aesthetic experience of riding is something largely missed by most gender-neutral or androcentric blogs. I'd like to explore a similar path, but from a male perspective. And the name? I'll explain that more fully in an up-coming blog entry, but it goes back to the original name for the bicycle -- the "dandy horse". And it lends itself to description as well, as in "that's a dandy cycle, sir!"

I chose today to launch this blog because it happens to be the day of the second annual SF Tweed Run. In anticipation of this event, I've spent the past week cleaning and fettling my old bicycle, as well as my wife's new (old) cycle. When I come back, I will bring with me an illustrated account of the day's activities. Please check back tonight!